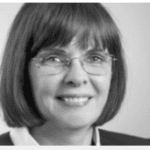 Since the 1970s, Prof. Dr. Dolores Schendel has been researching T cells and their abilities in immunotherapy and has accompanied the scientific and therapeutic turn of era in this field. Prof Schendel served as a University Professor for Immunology at the Ludwig-Maximilian-University, is the author of more than 200 scientific publications, has spent several decades as a scientific review board member in various research organizations such as the German Research Foundation, German Cancer Aid and the European Research Council among others. She is a recipient of the German Federal Order of Merit and the Bavarian Order of Merit and received the ‘Deutsche Krebshilfe Preis’, the award of the German Cancer Aid. From 1998 – 2013, Prof Schendel was Director of the Institute of Molecular Immunology of the German Research Center for Environmental Health at the Helmholtz Center in Munich. Following this, she founded the Trianta Immunotherapies GmbH (today “Medigene Immunotherapies GmbH). With the acquisition by Medigene in 2014, Dolores Schendel became Chief Scientific Officer and, in 2016, also the CEO of the company.

Equipping T Cells for Trafficking, Persistence and Maximum Efficacy in the Solid Tumour Setting 10:00 am